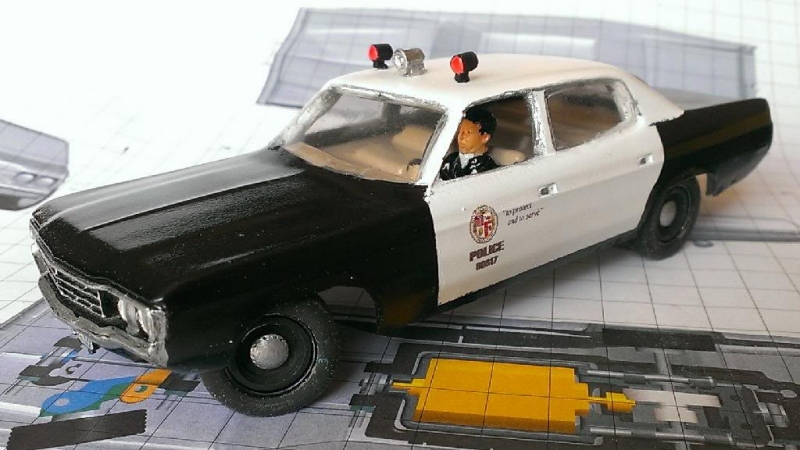 The AMC Matador was probably the most common police car on TV during the 1970s, until the Dodge Monaco came along towards the end of the decade.  As with the Monaco, studios purchased cars direct from the police after they had finished their service, LAPD had purchased 534 Matadors for its patrol fleet!

Patrol officers liked the Matador because of its performance, and it had air conditioning too. After extensive testing of the special police models offered by Chevy, Ford, and Chrysler, the LAPD chose the AMC Matador because they “out handled and out performed all the other cars.”  Genuine LAPD cars were supplied in black, so if you see one on TV where metalwork inside the trunk or doors is black, it was probably an ex-police car. 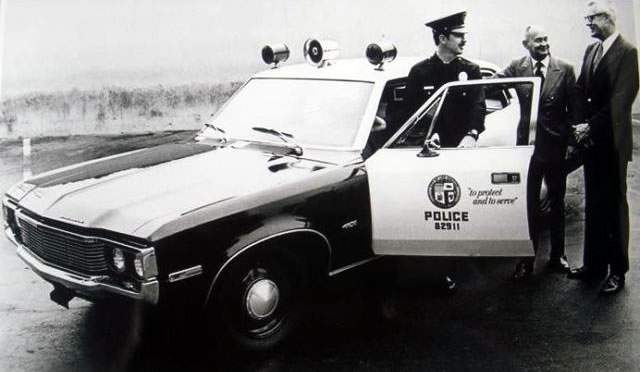